Agatha Parrot and the Thirteenth Chicken

by Kjartan Poskitt and Wes Hargis
$16.99

In this uproariously funny illustrated middle grade novel perfect for fans of Judy Moody and Clementine, Agatha Parrot and her friends babysit a flock of newly-hatched chicks for a back-to-school project. All goes well, until they discover one of the chickens is missing! Where, oh where, can the thirteenth chicken be?

Agatha and her friends are beyond excited to babysit their school’s small flock of newly hatched chicks—until they discover one of the chickens is missing! Where on Odd Street could the thirteenth chicken be?

About the author
Kjartan Poskitt

Kjartan Poskitt is the author of many popular children's books sold around the world. A children's television presenter and a musician as well as an author, he lives in Yorkshire, in the UK. Visit him online at agathaparrot.com.

Wes Hargis is a cartoonist and the New York Times best-selling illustrator of When I Grow Up, by Al Yankovic. He lives in Safford, AZ. Visit him online at weshargis.com.

I hope you like books written by somebody who once tipped a whole box of cornflakes over her head. That’s me!

Don’t worry—I’m not completely crazy. I had a very good reason for the cornflake thing: I thought a giant ghost chicken had burst out of a lump in the wallpaper. If you were me you’d have done exactly the same thing, honest! You’ll understand why when you’ve read the story, so let’s start at the beginning.

My name is Agatha Jane Parrot, and I go to Odd Street School, which is at the end of Odd Street, where I live. And even though the cornflake thing makes perfect sense, there’s one thing about me that I have to admit is pretty embarrassing.

I just LOVE the first day back at school after vacation.

But the reason I can’t wait to get back is that there’s always a NEW THING.

Sometimes it’s really obvious, like when they built a jungle gym with a slide on the playground! It was just so awesome. EVERYBODY slid on it including our new teacher, Miss Pingle, even though she says she didn’t. Miss Pingle is super cool because her hair changes color every week, and we ALL saw her taking a quick turn on the slide when she thought nobody was watching. She didn’t know we were looking out the library window. She came sliding down, waving her hands in the air, and went WHEEEE really loud, and we heard her—ha ha!

But the last time we got back to school after a break, there wasn’t a big new thing like the jungle gym, so me and my friends went around looking for little new things. Here’s what the others found, and I can tell you that one of them is very important in the story later on! See if you can guess which one it is.

1) Bianca Bayuss noticed that the rubber plant in our class had grown a new leaf. Oooh . . . Could this be important in the story? Maybe the plant grows more and more leaves and turns the whole school into a jungle with tigers and elephants? Actually, it doesn’t, but it would be neat if it did.

2) Martha Swan saw that Miss Pingle had a new bag exactly the same color as her hair. How cool is that? We had a big argument about what color Miss P.’s bag/hair was. I said purple, but Martha said dark red, and Bianca said it was maroon. So we asked Miss P. The answer was Damson Dream—we’d never have guessed that in a million years.

3) Ivy Malting spotted that Miss Wizzit had gotten her ears pierced! Miss Wizzit is the school receptionist, and her main job is guarding the photocopier. She HATES when anybody uses it, and there’s no way she would have left it while she snuck off to get her ears done. Ivy says that Miss Wizzit probably pierced her ears herself with the stapler. Ugh! Sorry, you’ll have to block that thought out. Think about daisies and doughnuts and happy things. La-la la-la lah . . .

4) Ellie Slippin said Motley the custodian had grown a green mustache! It turns out he’d had a mug of pea soup and some of it had gotten stuck to his top lip. It’s not surprising that it fooled us, though, because it was there for three days, until our principal, Mrs. Twelvetrees, told him about it.

So which new thing do you think comes into the story? Is it the rubber plant, the bag, Miss Wizzit’s ears, or the green mustache? And what new thing did I find?

If you want to know, keep reading!

I didn’t find my new thing until the Monday after we got back. I was going past the reception desk when the door buzzer rang. Miss Wizzit pushed a button and spoke into the intercom.

“Greetings,” said a voice. “We are the Eggs Experience company.”

“It’s not for the kitchen,” said the voice. “The children are going to hatch the eggs.”

Miss Wizzit made the sort of face that you can only make if you’re Miss Wizzit imagining lots of kids sitting on nests full of eggs.

“Don’t be silly,” said Miss Wizzit, but then Mrs. Twelvetrees came dashing out of her office.

“Is that the egg people?” she gushed, all excited. “Let them in, Miss Wizzit.”

Egg people? WOW! What an exciting new thing. It was even better than Motley’s green mustache.

The egg people were two men with bushy beards, and they were wearing long hairy robes and sandals. One of them had an old basket covered with a red towel, and the other one had a big plastic box with a wire coming out of it.

“Here are the fruits of our feathered community,” said the one with the basket. He pulled the towel away to reveal a bunch of eggs sitting on some straw.

“And here is the electric mother,” said the other one.

“The what?” asked Miss Wizzit.

The egg people put the eggs and the incubator on the desk, and one of them passed an envelope to Mrs. Twelvetrees.

“We leave you in peace,” said the egg people, then they both bowed polite little bows and left.

“Aren’t the egg people just wonderful?” said Mrs. T. “They live in a cave and grow their own clothes. It’s a mystery how they survive!”

“What izzit?” asked Miss Wizzit, pointing at the envelope.

“It’s a bill for five hundred dollars,” she said.

"A hit for fans of Sara Pennypacker’s “Clementine” and Annie Barrows’s “Ivy and Bean” books." —SLJ

"This is high comedy as well as mystery: young readers will appreciate the humor in Agatha’s direct address, her exclamatory habits, and her fourth-wall breakage in repeatedly referencing previous pages in the book." —Bulletin

"An enthusiastic romp with a friendly grade schooler, just right for those newly transitioning to chapter books."—Kirkus Reviews

Praise for Agatha Parrot and the Odd Street School Ghost

“Agatha’s pretty hard to resist, and readers will likely return for another jaunt down Odd Street.”—BCCB

“Should appeal to fans of Goofballs and Ivy and Bean.”—Booklist 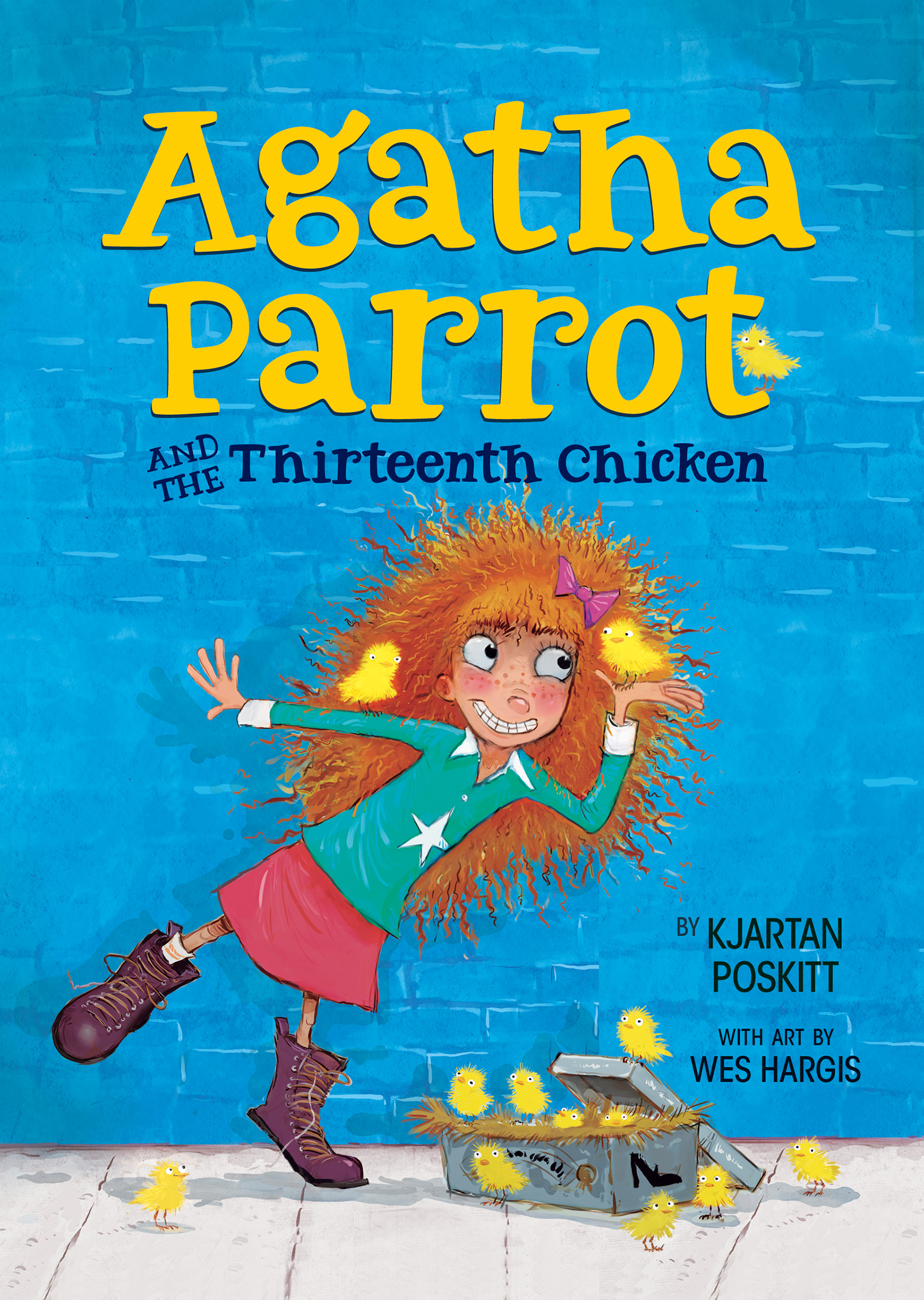