Accidents happen. And in this charming, hilarious debut picture book, Andrea Tsurumi shows that mistakes don’t have to be the end of the world.

When a clumsy armadillo named Lola knocks over a glass pitcher, she sets off a silly chain of events, encountering chaos wherever she goes. But accidents happen—just ask the stoat snarled in spaghetti, the airborne sheep, and the bull who has broken a whole shop’s worth of china. In the tradition of beloved books like The Dot and Beautiful Oops, this charming, hilarious debut from author-illustrator Andrea Tsurumi shows that mistakes don’t have to be the end of the world.

About the author
Andrea Tsurumi

Andrea Tsurumi is the author of the acclaimed Accident!. An illustrator and cartoonist born and raised in New York, Andrea has a passion for history, an MFA from the School of Visual Arts, and a Society of Illustrators Silver Medal. She now lives and draws in Philadelphia alongside her husband and their dog, Spatula. Visit her at andreatsurumi.com, on Twitter @AndreaTsurumi, and on Instagram @atsurumi.

?  " Tsurumi comically gets to the heart of how children frantically worry about mistakes, and poring over the riotous illustrations is pure joy. This will delight again and again." —Booklist, starred review

? “Tsurumi’s hilarious dialogue and story is matched only by her drawings. Her world-building ability evokes the style of Richard Scarry; there’s something going on in every inch of the page . . . A standout hit—make no mistake about it.” –School Library Journal, starred review

". . . Children will have great fun poring over and savoring the escapades, some of which are depicted small. Besides honing visual-literacy skills, this is a neat vehicle for developing vocabulary, as pertinent themed words ("FIASCO!"; "MAYHEM!") are wittily incorporated into the comical illustrations as sound effects or speech-balloon dialogue." —Kirkus

This useful message is simply and effectively conveyed through the minimal text, but it’s the detailed, humorous illustrations that will fascinate and engage readers and viewers... Use this to offer perspective to kids who tend to catastrophize their own and others’ mistakes or as fodder for discussions about problems and resolutions." —Bulletin 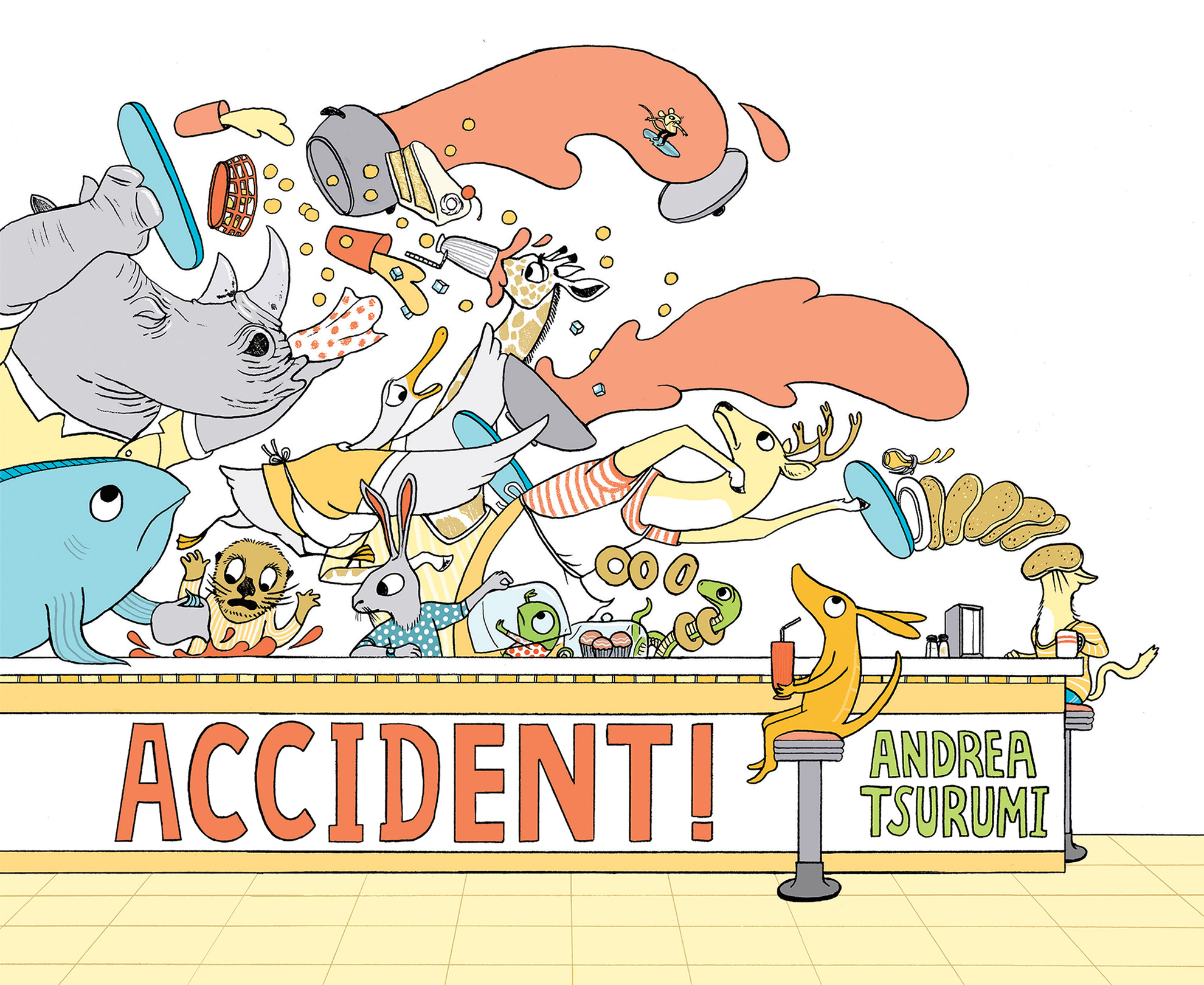