A Wizard of Mars: The Ninth Book in the Young Wizards Series

The ninth book in the Young Wizards series

In the hotly anticipated ninth installment of the Young Wizards series, Kit and Nita become part of an elite team investigating the mysterious “message in a bottle,” which holds the first clues to the secrets of the long-lost inhabitants of Mars. But not even wizardry can help them cope with the strange events that unfold when the “bottle” is uncorked and a life form from another era emerges.

Though the Martians seem friendly, they have a plan that could change the shape of more than one world. As the shadow of interplanetary war stretches over both worlds, Kit and Nita must fight to master the strange and ancient synergy binding them to Mars and its last inhabitants. If they don’t succeed, the history that left Mars lifeless will repeat itself on Earth.

About the author
Diane Duane

DIANE DUANE is the author of nearly fifty science fiction and fantasy novels, including ten books in the Young Wizards series. Four of her Star Trek novels have been New York Times bestsellers, including Spock's World. She lives with her husband in rural Ireland. Visit her online at www.DianeDuane.com and www.youngwizards.com.

Excerpts
Another War of the Worlds?"You are the wizard’s wizard, man! You have turned Mars into New Jersey!"Even in the general alarm of the moment, Kit had to snicker. Ronan stood there looking as cool as usual, but something in his eyes betrayed the fact that he wasn’t sure he was being complimented. "Could have been worse," Ronan said under his breath as he looked around. "I could have done it the other way round.""This is the place where that old radio version of War of the Worlds happened, isn’t it?" Kit said. "The one they did on Halloween way back whenever it was, and they pretended it was happening in New Jersey somewhere, instead of England.""And it’s not even the right New Jersey!" Darryl said. "It’s New Jersey now! Look over there—" He pointed. Off to their right, across the street, was a big handsome blue building with a long, peaked roof. On the opposite side of the road in front of it stood a pole with road signs that said ROUTE 629 and TO NJ TURNPIKE. Farther down the pole were posted a laser-printed ad for an Internet café and a faded picture of somebody’s lost dog.Darryl was looking at the big blue building. "Bet you that was the mill once," Darryl said. "Look, I was right! There’s the old millstones. They’ve got ’emsunk into the ground so cars won’t ruin their lawn when they turn the corner. There’s where the water came out past the mill. But no Martians!" He started laughing again."I wouldn’t be too sure about that," Ronan said, very quietly.
Reviews

"One of the finest current writers of speculative fiction pays loving homage to its Golden Age in this ninth title in the Young Wizards series. . . . Duane's worldbuilding gleams with crystalline precision, a-glitter with lapidary characterization. . . . Best of all, unresolved subplots promise number ten is on the way. —Kirkus 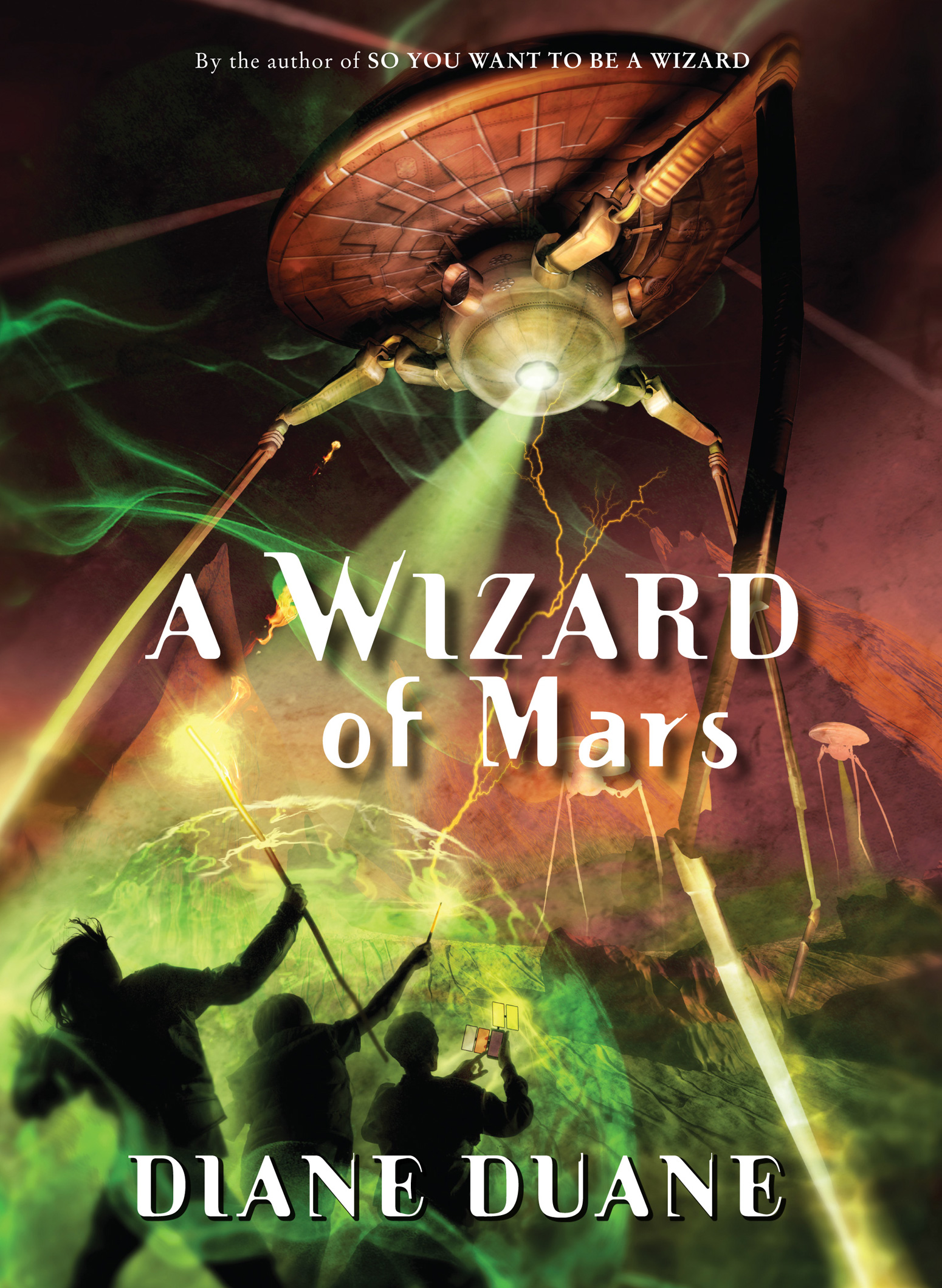