A Voice in the Wind: A Starbuck Twins Mystery, Book Three

[shared copy] The Starbuck family is anything but ordinary. There are two sets of Starbuck twins: preteens Liberty and July, and their little sisters Charly and Molly. But even more extraordinary is the fact that all four children have the ability to teleflash—they can talk to each other without saying a word! It's a power that comes in handy whenever these adventurous kids are on the trail of a villian.

Before the Starbuck family embarks on a trip to New Mexico, a whisper comes through the wind to Liberty. It leads her and her twin, July, to an ancient hillside dwelling that was the site of a tragedy. In their quest to rectify the wrongs of the past, the twins encounter a group of thieves who will stop at nothing to steal the artifacts in the ancient home.

About the author
Kathryn Lasky

KATHRYN LASKY's many books for young people have received such honors as the Parents' Choice Award, the National Jewish Book Award, and a Newbery Honor citation. Her picture books include The Emperor's Old Clothes, illustrated by David Catrow; A Brilliant Streak: The Making of Mark Twain, illustrated by Barry Moser; and Marven of the Great North Woods, illustrated by Kevin Hawkes. She lives in Cambridge, Massachusetts. &lt;br&gt;www.xensei.com/users/newfilm/homelsk.htm

of the School Year

Liberty Starbuck mentally sent the message to her twin brother through the hallway that connected their turret bedrooms. Their rooms were on the third floor of their big old shingled house on shady tree-lined Dakota Street in Washington, D.C.

All four of the Starbuck children had amazing telepathic abilities. The younger set of twins, Charlotte and Amalie, nicknamed Charly and Molly, were six years old and identical. Liberty and July, born at midnight on the Fourth of July, were fraternal. But they were about as identical as a thirteen-year-old sister and brother could be, with their pale gray eyes, slashes of jet-black bangs, and the light bands of freckles that stretched across their noses. The strongest telepathic links existed within each set of twins. But when all four twins were together, they could cross-communicate and have entire conversations, which other people never heard, that they called teleflashing.

At this moment, Liberty was tuned in to July and was monumentally weary of his frustrating attempts to spell the word diphtheria. He could remember the definition: an acute contagious disease caused by infection with bacillus. But the spelling got him worse than the disease ever would!

Within seconds, Liberty and July were out from behind their desks; they nearly collided in Liberty’s doorway.

"I can’t believe this!" July was muttering out loud. "This is our first test in years!"

"It seems like forever since we’ve been stuck in regular school." Liberty sighed, flopping onto her bed. "First London, then Florida . . . Something always comes up."

As if on cue, the red-haired twins appeared at the doorway. Charly and Molly were mirror-image twins, as biologically identical as any twins could be. The only noticeable differences between them were their cowlicks and their birthmarks. Charly’s cowlick swirled to the right; Molly’s swirled left. And while Molly had a faint strawberry-colored birthmark on her right ear, Charly’s appeared on her left ear. They truly were mirror images of each other. The twins were sometimes a shock to the unaccustomed eye. Their blazing red hair stood out in defiant little spikes all over their heads—except when they were wearing their Davy Crockett coonskin caps, a present from Grandma Starbuck. Due to their habit of sucking on the coons’ tails, there were usually a few wisps of coon fur mingled in with the glaze that constantly glistened between the twins’ noses and upper lips. On any given day, at least eleven of their combined twenty fingers wore press-on nails. Sometimes the nails had fancy designs, such as polka dots or lightning bolts, but today the twins had toned it down—bloodred dagger tips clutched the workbooks in their hands. The smell of wet fur and hair mousse—Charly and Molly loved hair mousse—surrounded them. Add to this a dash of the salty smell of perspiration. Liberty looked at her little sisters and wrinkled her nose. Unbelievable! How could any two people who had started out so cute have become so totally revolting? Waves of their signature fragrance—mousse, kid sweat, and fur—swirled through the air.

"We don’t know how to read anymore," Charly wailed.

"What are you two talking about?" July said. "What do you mean you don’t know how anymore?"

"You can’t forget it. It’s like swimming," Liberty said.

"Or riding a bike," July added. "Just a few days ago you were reading everything."

Charly leaned forward, pressing her face close to Liberty’s. She lowered her voice as if sharing a horrible revelation. "We can’t read because we don’t know the sound of silent e."

July and Liberty looked blankly at each other.

How the heck do you explain silent e?

Everybody knows this dumb silent e sound except us. We feel left out. Molly’s whining drizzled into the channels like mist that was almost rain.

Left and out in combination were the two ugliest words in the English language, as far as Charly and Molly were concerned. July and Liberty knew that all too well.

They feel left out? Liberty was perplexed.

Left out of what?

Reading, you numbskull, Molly flared telepathically at her brother.

Oh, gosh. They’re thinking of it like some secret code, Liberty moaned. It’s not like that at all, really. Silent e doesn’t have a sound. That’s the whole point.

We don’t get it, Molly and Charly flashed in unison.

What’s there to get? July asked.

J.B., there’s a lot to get. They used to know how to read. July’s nickname was J.B., which was short for Jelly Bean, which stood for July Burton, his whole legal name.

Look. Silent e, Liberty explained, doesn’t have a sound of its own. It just changes how you say other sounds. The little twins looked mystified.

Don’t try to explain, Liberty. They were reading fine before they thought it was all so fancy and had this . . . this system.

Secret system, Molly added, narrowing her eyes as she contemplated the great conspiracy against her and her twin sister.

You see, that’s just the problem with school. They make everything seem harder than it is, much more complicated, and then you get these two little guys who were doing just fine with Zanny, and now . . . July had practically succeeded in bringing tears to all of their eyes. He and Liberty thought that Charly and Molly seemed almost appealingly vulnerable despite their daggerlike nails and smeary noses.

Zanny Duggan was their all-time favorite babysitter. And when the Starbuck twins went along on business trips with their father, Putnam, Zanny became Zanny the Nanny, teacher as well as babysitter. Madeline Starbuck, the children’s mother, owned and operated the largest tutu factory in the United States—Starbuck Recital Wear—and could not spend extended periods of time away from the business. She joined the rest of the family for a week or so each month when they were away. But someone had to be there on the spot for the four youngsters, and Zanny was everyone’s first choice. Since she was a teacher, too, and made learning about a thousand times more interesting than it usually was in sch... 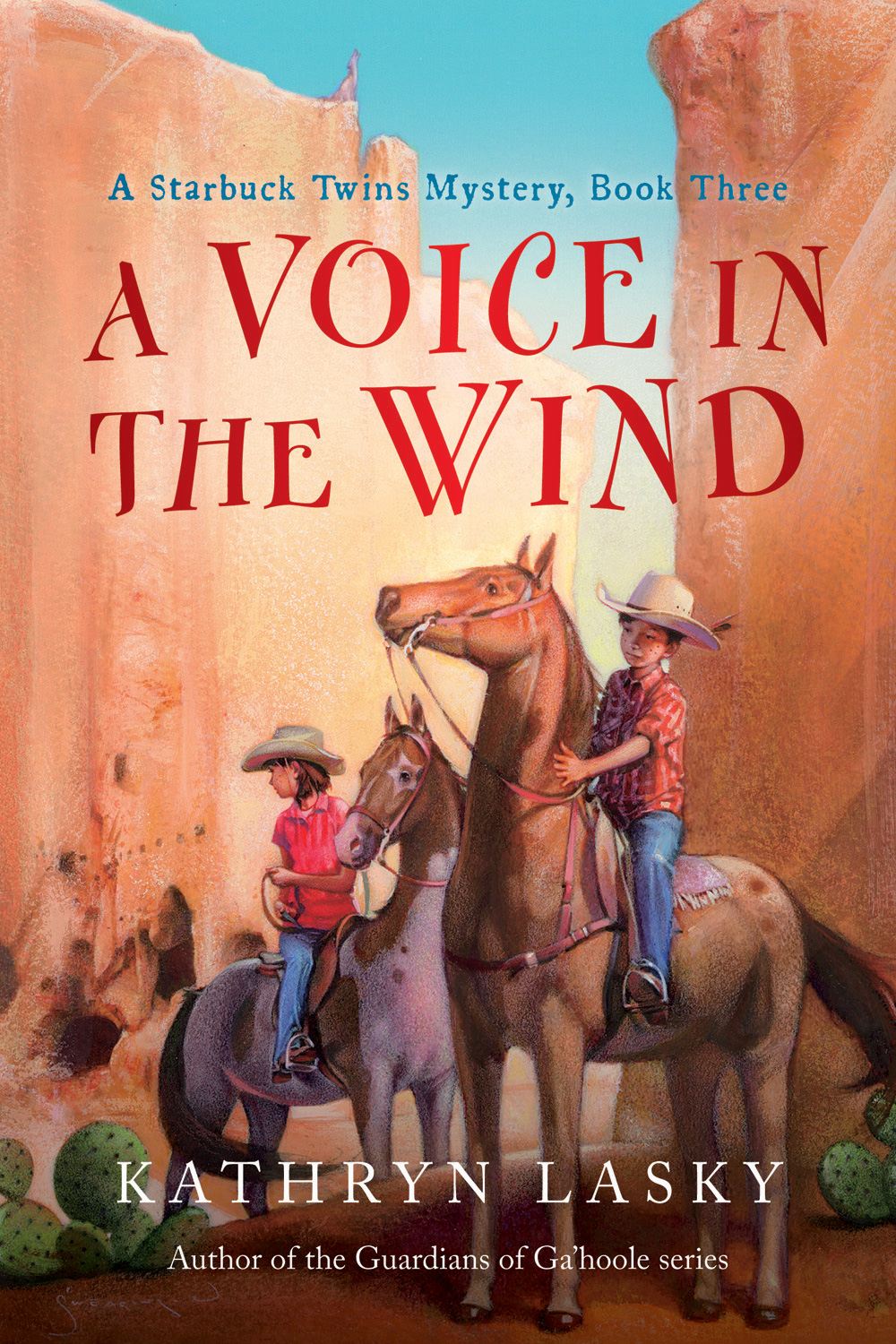