A shattering teen novel by Eve Bunting, now in a new paperback edition

Jesse Harmon is tortured by guilt because he survived the hit-and-run accident that killed his brother, Bry. His guilt is compounded when he finds he is attracted to Bry's girlfriend, Chloe. Together Jesse and Chloe try to track down the drunk driver who killed Bry--but discovering the driver's identity leads to other disturbing truths.

About the author
Eve Bunting

Eve Bunting has written over two hundred books for children, including the Caldecott Medal-winning Smoky Night, illustrated by David Diaz, The Wall, Fly Away Home, and Train to Somewhere. She lives in Southern California.

IT WAS SATURDAY the 20th of June at 11:30 P.M. when my brother, Bry, was killed. I’ll never forget that date, not if I live to be an old, old man. Coast Highway, shadowed between its tall pole lights, the car suddenly behind Bry and me as we walked single file in the thick grass at the highway’s edge. The glare of its white beams; the roar as it passed me where I’d dived sideways, belly down; the thud as it hit him. I’ll never forget it.

We were on our way home from a party at Wilson Eichler’s house and I’d just met Wilson’s sister, Chloe, the girl Bry liked. I was walking along there behind my brother, thinking about Chloe, about the way she’d looked in that white minidress with her smooth brown arms and long brown legs. I was wishing Bry hadn’t already told me he liked her. I was wishing the Eichlers had moved into the Sapphire Cove house before, last year when I was here in high school instead of this year when I was up at UCLA. I’d never laid eyes on Chloe until tonight, and tonight was too late. Maybe she wasn’t exactly Bry’s girl, but she was the girl Bry liked. That was enough right there to stop my giving her a second thought. So why was I? Cut it out, Jesse. Just cut it out.

Those were the things I was thinking.

Bry was in front of me. Levi’s and a denim jacket, brown loafers that were almost identical to mine. Bry thinks I know about things like clothes because I’m older. I was smiling to myself at how long and skinny he was, and how loose he walked, when the too-bright car lights lit up the sky ahead of us. I spun around, saw their blank gleam heading right at us, and I yelled to Bry to jump. I was still yelling as I dived deep into the knee-high grass. Still yelling as the car hit him.

It tossed him into the air, and in slow motion he smashed down on the hood, the car swerving toward the center line, careening back, Bry sliding off into the middle of the highway. The car stopped. I thought the door opened on the driver’s side. There was some kind of pause while I lay there in the sudden silence, not believing, knowing I was dreaming, dreaming some awful nightmare dream. Then the car leaped forward again.

More traffic was coming. I could hear it on the highway, and I thought it would hit Bry, too—go over him like some dead, furry animal squashed on the road. I jumped up and ran screaming to stand in front of where Bry lay so still and quiet, waving my arms, pointing down and waving. There was a shriek of brakes as the car stopped.

“Holy cow!” a man’s voice said. “What the . . . ?” His head poked out of the driver’s window but I was kneeling beside Bry now, with his head in my lap, knowing without anybody telling me that he was dead.

Other cars came. A bunch of teenagers piled out of one and a woman in a camper pulled over on the beach side of the road and gave me a blanket to put over Bry. I put it across his front, which was covered with a wet darkness, but I didn’t put it over his face. I stroked his hair. Bry has the worst hair. It sticks up in back and I tried to make it lie down. The man from the camper said he was going to a call box, but the lady would stay with me. I think he must have put out flares, or somebody did, because I saw their orange sizzle and smelled their smoky smell. Bry’s head was heavier against me than a head should be, and cars were edging around us now, making the traffic back up, with gawkers leaning out of the windows. A guy was even standing up through his sunroof.

I told Bry not to worry about them. One of his legs was bent funny, and it was important to straighten it. But I couldn’t reach. His shoe was gone.

Sirens were coming now, high and shrill above the slap-slap of the waves on the beach on the other side of the highway.

“We live just down the road,” I told the woman, or I thought I did. “We live in one of the Del Mar trailers, up on the second row. My brother and I were walking on the other side, facing the traffic, and we’d crossed over, because we were almost home. We shouldn’t have crossed over.” I was babbling, jerking the words out.

“Sh!” the woman said. “It wasn’t your fault. You were right up on the grass, off the road. That driver must have been drunk as a skunk.”

Later the police asked me all kinds of questions, mostly about the car. What had I seen? Had it slowed? Stopped? Could I remember anything about the way it looked?

We were in Laguna Hills Hospital by then, Mom and Dad and I. We were in a little room that was like an office with carpet on the floor. Bry was somewhere in the hospital, too, probably laid out on one of those steel tables in a cold, blank room with a label around his toe. That’s the way it is on TV.

My dad sat at one end of the couch and my mom at the other. There was enough room between them for me, but I stood back against the wall.

“It was just a car,” I told the officer. “It was black, maybe, or some dark color. After it . . . after it hit him it went on for a bit and then stopped and then went on. No, I couldn’t see the driver. No, I didn’t see if there was a passenger. It happened too fast. I don’t know.”

I didn’t know anything except that Bry was dead.

There was a policeman and a policewoman. Neither of them wore uniforms. The woman had on a navy skirt and a pink knit shirt with crossed tennis rackets on the left pocket. Her face was covered with old acne scars, and she’d told us her name was Officer Valle. The guy was Officer McMeeken. He wore a blue T-shirt and cords.

“So what you’re saying, Jesse . . . the car came round that curve on the highway too fast and too close and you and your brother were clear in, on the grass next to the wire.” He was reading back what he’d written already in a black notebook. “And you jumped, and you shouted to him to jump, but he didn’t hear you. Why was that, Jesse? How far ahead would you say Bry was?”

“Oh.” The policeman studied his notebook too carefully. “I’m sorry.” “And I shouted before I jumped myself,” I said. Not that it mattered. But they should get it right. I took the wet, wadded mess of tissues from my pocket and tried to peel one off, tried not to let my mind slide to where it had been a hundred times already tonight. Could I have grabbed Bry in time? Could I have pulled him with me? How far ahead had he been? “Now, students, let’s consider question number 32: If a car is approaching from the rear at seventy miles an hour and there is a distance of . . .” I got a piece of Kleenex pulled away and blew my nose. There hadn’t been time. I’d never have made it. I heard again the awful thud, saw the car stop, saw . . . saw what? Something else that made my heart leap. What? I stared into space.

“I know this is painful for you, Jesse,” Officer Valle said, and I wanted to tell her to be quiet, to let me think. But whatever had been there had slid away again, beyond my memory. “We really need to go over this again as quickly and as often as possible, while it’s still fresh in your mind. You were at a party in the Eichler house at 2235 Sapphire Cove?”

“Yes.” The house where Chloe lived.

“When the party was over, you and Bry decided to walk home.”

They were all looking at me.

“Yeah. Jim Lugar gave us a ride to the Eichlers’. He’s in school with Bry. The Eichler house isn’t that far, but Jim was driving so he picked us up anyway and he was going to bring us back.” I glanced at her and quickly away.

“Now let me get the geography straight here. Sapphire Cove is a community on the bluff, south of your trailer park and on the other side of the highway?”

“Right. And Clambake Point is at the end of Sapphi... 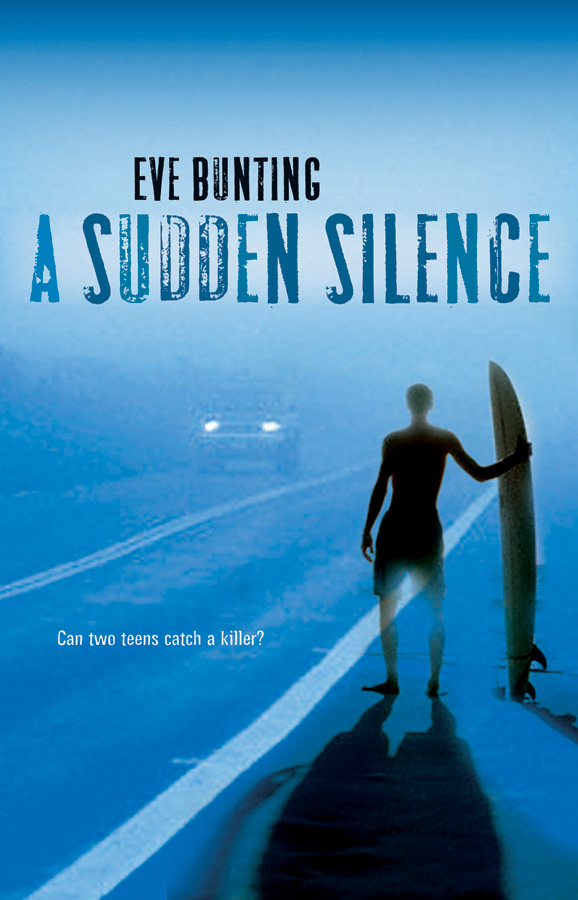