A modern but classically styled spy novel in the spirit of John Le Carré and Chris Pavone, A Shadow Intelligence follows a mercurial MI6 agent, Elliot Kane, as he goes off script to find his lover, who went missing while embroiled in a dangerous scheme in Kazakhstan.

There is a dark side to MI6 that needs men like Elliot Kane—volatile, inquisitive, free-floating—in the field. They take them and put two years and over £100k into their training, showing them how to steal cars, strip weapons, and hack bank accounts. There are courses on the use of blackmail and improvised explosives, and entire workshops solely dedicated to navigating by the stars. But no one tells them how to go home.

Kane has spent fifteen years managing events overseas that never make the papers. He is a ghost in his own life, assuming and shedding personalities as each new cover story comes into play. But when the woman he loves, another operative named Joanna Lake, vanishes without a trace in Kazakhstan, he is forced center stage in his own life.

Drawn ever deeper into a realm of deception and conflicting agendas, Kane moves from merely infiltrating events to steering them. While he's well-versed in modern psychological warfare, snowbound Kazakhstan presents unique challenges—poised between China, Russia, and the West, dictatorship and democracy, state intelligence and an increasingly powerful world of private agencies, it’s impossible to work out who is manipulating whom. And Kane’s not the only one trying to figure out where Joanna Lake has gone or what she learned before disappearing.

About the author
Oliver Harris

OLIVER HARRIS was born in London in 1978. He has an MA in Shakespeare studies and a PhD in psychoanalysis. He writes occasionally for the Times Literary Supplement.

The Secret Intelligence Service puts two years and over £100K into the training of new field officers. You’re shown how to steal cars, strip weapons, hack bank accounts. There are courses on the use of improvised explosives, two workshops dedicated to navigating by the stars. But nothing about what I had heard one old spy call whiplash. No one tells you how to go home.

You’re marching through the bowels of Tripoli’s Ain Zara Prison on Thursday; Saturday night you’re at a dinner party in Holland Park. Cutlery tinkles. There is something you’ve forgotten. You lock yourself in the bathroom and call a restaurant on Martyrs’ Square to hear a particular woman’s voice and when the phone’s answered there is automatic gunfire in the distance. The world cannot all be real at the same time. You apologize to your hosts as you leave, blaming jet lag, then sit on the Central line hearing mourners wail. After the first few times, officers switch to a desk-based role or they find ways of managing the transition. I can’t do desks, so I had to learn.

I accumulated rituals, which veered in status between superstition and procedure. A lot of these involved returning to particular places—ones that I could touch as if they were charms and say: everything’s under control, you’re here again. The Premier Bar in Jordan’s Queen Alia airport was a favorite. Travel between the lucky and unlucky parts of the world regularly enough and you’ll find yourself killing time in Queen Alia. It was one of the twenty-first century’s great crossroads. The Premier Bar tucked itself away in a corner of the main terminal, a fridge and three aluminum tables, with a clear view across the departures hall. It had Arabic news on a flatscreen TV and bottles of Heineken in a fridge. I thought of it as my local pub.

On this occasion, I was on my way from Saudi Arabia to London, with strict instructions not to stop until I was on English soil. This in itself was ominous—most of my debriefs were held in third countries. My operation had been pulled suddenly. I had one bag and the clothes I wore, which I was starting to realize stank of smoke and petrol. The pale jacket and chinos of a certain type of Englishman abroad are not made for arson.

I sipped a beer and tried to unwind, letting the adrenaline seep out, enjoying globalization at its transient best. A Congolese family in green and purple robes filtered through a charcoal-gray swarm of Chinese businessmen. Two dazzling white sheikhs led faceless wives in gold-trimmed burkas. Eastern European sex workers pulled Samsonite cases, heading to the Gulf, Southeast Asian ones in denim cutoffs on their way to Europe. The skinny, bright-eyed Bangladeshi and Sri Lankan laborers clutched mobile phones and scanned the departure boards. Staff of NGOs and media organizations sipped water, restless or exhausted depending on the direction of travel. I watched to see who responded as flights were called: Erbil, Jeddah, Khartoum. There were other solitary individuals like myself, traveling between identities, meeting each other’s eyes but not for long. You found a lot of snapped SIM cards in the bins. Private security contractors favored duffel bags. They looked well-fed, and walked with the stiff swagger of men who’d been heavily armed until recently.

I could have done with some of them earlier today, I thought. Six hours ago I’d been in an abandoned mansion on the edge of Asir in Saudi Arabia, close to the border with Yemen. The mansion had been trashed. The previous night a local group of unknown affiliation stormed the place, looting what they could on the pretext of combatting decadence. The occupant—a notorious playboy, discreet funder of terrorism, and precious agent of mine—?had fled. I now knew he’d been arrested by the time I got there. At that moment, all I’d been told was that I had ten minutes to clear the place of anything sensitive before a more purposeful crew arrived.

I walked through with an empty rucksack, my footsteps echoing as I seaprched. I’d been inside once at a party, two years ago, amid crowds of prostitutes and coked-up Saudi royalty. I hadn’t been memorizing the layout. It was a fifteen-bedroom, thirty-million-dollar palace: fun to trash, difficult to search. Crystal teardrops from the chandeliers littered the floor among balls from an antique snooker table. There were scattered books, broken glass, trails of blood where the intruders had cut themselves climbing through windows. They’d shot his pets, ransacked his wardrobe, slashed some dubious abstract art and one haunting Fantin-Latour still life. A single word of spray-painted Arabic livened the wallpaper: Irhal. Leave.

Which was good advice.

“Are you seeing this?” a voice in my earpiece asked.

“This may be the deepest a contemporary spy novel has penetrated the cold new world of dark web intelligence and cellphone surveillance…. An absorbing, superbly written novel likely to stand as one of the best spy novels of the year.”

“Oliver Harris is always pure quality and I’m loving the hell out of his foray into the contemporary spy novel. Elegant and compulsive.”

“Elliot Kane needs his wits about him to keep track of his own identities and those of fellow MI6 agent Joanna, who he's looking for in Kazakhstan. The binary simplicity of the Cold War has been replaced by a geopolitical Rubik's cube of corruption, nationalism, oil money and internet deceit. Tremendous evocation of modern Kazakhstan and the contemporary intelligence landscape. Scary if true, or even half true.”

“Elliott Kane is an unusually thoughtful spy . . . As much a thinker as a doer, Kane has much in common with le Carré's Jerry Westerby or Lionel Davidson's Johnny Porter, a plausibly multi-faceted old school operator with the skills—physical, psychological, intellectual—to negotiate the geopolitical fault lines of central Asia as Russia and China square up over Kazahstan's untapped oil reserves.”

“A Middle East specialist, flies to Astana in Kazakhstan to search for his former colleague and lover Joanna, and gets caught up in the jostling for power, deals and intelligence in a city portrayed as becoming a 21st-century mecca for spooks . . . Classier writing, fresher characters, original setting, a real sense of insider lore (on both spycraft and geopolitics).”

“A splendid thriller with new perspectives on places and the distinctly unclean side of the great game of espionage.”

“Elliot Kane is highly-trained MI6 spook. So highly-trained that he's pretty much forgotten who the hell he really is after years of false identities and subterfuge . . . In a deadly world of deception by just about every nasty state, and that includes his own, he's truly up against it in this complex thriller that keeps you on your toes throughout."

“An intelligent and thoroughly researched spy-procedural giving razor-sharp insight into the particular challenges of 21st-century espionage."

“A twisting spiral of lies and corruption, a pitch-perfect portrait of contemporary London and a beguiling bastard of a hero.”

—Val McDermid on The Hollow Man 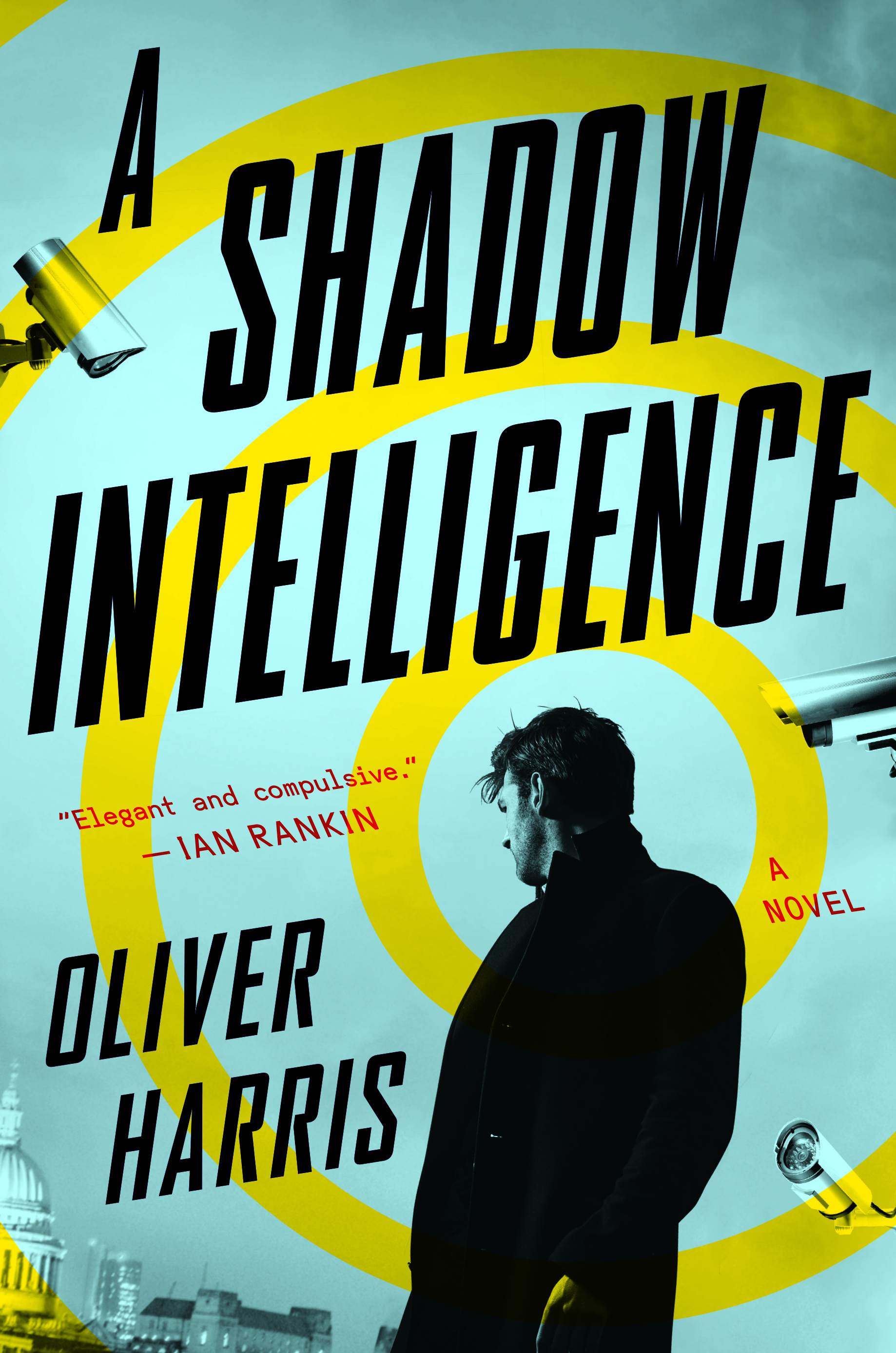