A Good Man Is Hard to Find and Other Stories

ONE OF THE GREATEST AMERICAN SHORT STORY COLLECTIONS

In 1955, with this short story collection, Flannery O'Connor firmly laid claim to her place as one of the most original and provocative writers of her generation. Steeped in a Southern Gothic tradition that would become synonymous with her name, these stories show O'Connor's unique, grotesque view of life-- infused with religious symbolism, haunted by apocalyptic possibility, sustained by the tragic comedy of human behavior, confronted by the necessity of salvation.

With these classic stories-- including "The Life You Save May Be Your Own," "Good Country People," "The Displaced Person," and seven other acclaimed tales-- O'Connor earned a permanent place in the hearts of American readers.

"Much savagery, compassion, farce, art, and truth have gone into these stories. O'Connor's characters are wholeheartedly horrible, and almost better than life. I find it hard to think of a funnier or more frightening writer." -- Robert Lowell

"In these stories the rural South is, for the first time, viewed by a writer who orthodoxy matches her talent. The results are revolutionary." -- The New York Times Book Review

Flannery O'Connor (1925-1964) was born in Savannah, Georgia. She earned her M.F.A. at the University of Iowa, but lived most of her life in the South, where she became an anomaly among post-World War II authors-- a Roman Catholic woman whose stated purpose was to reveal the mystery of God's grace in everyday life. Her work-- novels, short stories, letters, and criticism-- received a number of awards, including the National Book Award.

About the author
Flannery O'Connor

FLANNERY O'CONNOR (1925–1964) was born in Savannah, Georgia. She earned her MFA at the University of Iowa, but lived most of her life in the South, where she became an anomaly among post–World War II authors: a Roman Catholic woman whose stated purpose was to reveal the mystery of God's grace in everyday life. Her work—novels, short stories, letters, and criticism—received a number of awards, including the National Book Award.

A Good Man Is Hard to Find

The grandmother didn’t want to go to Florida. She wanted to visit some of her connections in east Tennessee and she was seizing at every chance to change Bailey’s mind. Bailey was the son she lived with, her only boy. He was sitting on the edge of his chair at the table, bent over the orange sports section of the Journal. “Now look here, Bailey,” she said, “see here, read this,” and she stood with one hand on her thin hip and the other rattling the newspaper at his bald head. “Here this fellow that calls himself The Misfit is aloose from the Federal Pen and headed toward Florida and you read here what it says he did to these people. Just you read it. I wouldn’t take my children in any direction with a criminal like that aloose in it. I couldn’t answer to my conscience if I did.”

Bailey didn’t look up from his reading so she wheeled around then and faced the children’s mother, a young woman in slacks, whose face was as broad and innocent as a cabbage and was tied around with a green headkerchief that had two points on the top like rabbit’s ears. She was sitting on the sofa, feeding the baby his apricots out of a jar. “The children have been to Florida before,” the old lady said. “You all ought to take them somewhere else for a change so they would see different parts of the world and be broad. They never have been to east Tennessee.”

The children’s mother didn’t seem to hear her but the eight-year-old boy, John Wesley, a stocky child with glasses, said, “If you don’t want to go to Florida, why dontcha stay at home?” He and the little girl, June Star, were reading the funny papers on the floor.

“She wouldn’t stay at home to be queen for a day,” June Star said without raising her yellow head.

“Yes and what would you do if this fellow, The Misfit, caught you?” the grandmother asked.

“She wouldn’t stay at home for a million bucks,” June Star said. “Afraid she’d miss something. She has to go everywhere we go.”

“All right, Miss,” the grandmother said. “Just remember that the next time you want me to curl your hair.”

The next morning the grandmother was the first one in the car, ready to go. She had her big black valise that looked like the head of a hippopotamus in one corner, and underneath it she was hiding a basket with Pitty Sing, the cat, in it. She didn’t intend for the cat to be left alone in the house for three days because he would miss her too much and she was afraid he might brush against one of the gas burners and accidentally asphyxiate himself. Her son, Bailey, didn’t like to arrive at a motel with a cat.

She sat in the middle of the back seat with John Wesley and June Star on either side of her. Bailey and the children’s mother and the baby sat in front and they left Atlanta at eight forty-five with the mileage on the car at 55890. The grandmother wrote this down because she thought it would be interesting to say how many miles they had been when they got back. It took them twenty minutes to reach the outskirts of the city.

The old lady settled herself comfortably, removing her white cotton gloves and putting them up with her purse on the shelf in front of the back window. The children’s mother still had on slacks and still had her head tied up in a green kerchief, but the grandmother had on a navy blue straw sailor hat with a bunch of white violets on the brim and a navy blue dress with a small white dot in the print. Her collars and cuffs were white organdy trimmed with lace and at her neckline she had pinned a purple spray of cloth violets containing a sachet. In case of an accident, anyone seeing her dead on the highway would know at once that she was a lady.

She said she thought it was going to be a good day for driving, neither too hot nor too cold, and she cautioned Bailey that the speed limit was fifty-five miles an hour and that the patrolmen hid themselves behind billboards and small clumps of trees and sped out after you before you had a chance to slow down. She pointed out interesting details of the scenery: Stone Mountain; the blue granite that in some places came up to both sides of the highway; the brilliant red clay banks slightly streaked with purple; and the various crops that made rows of green lace-work on the ground. The trees were full of silver-white sunlight and the meanest of them sparkled. The children were reading comic magazines and their mother had gone back to sleep.

“Let’s go through Georgia fast so we won’t have to look at it much,” John Wesley said.

“If I were a little boy,” said the grandmother, “I wouldn’t talk about my native state that way. Tennessee has the mountains and Georgia has the hills.”

“Tennessee is just a hillbilly dumping ground,” John Wesley said, “and Georgia is a lousy state too.” 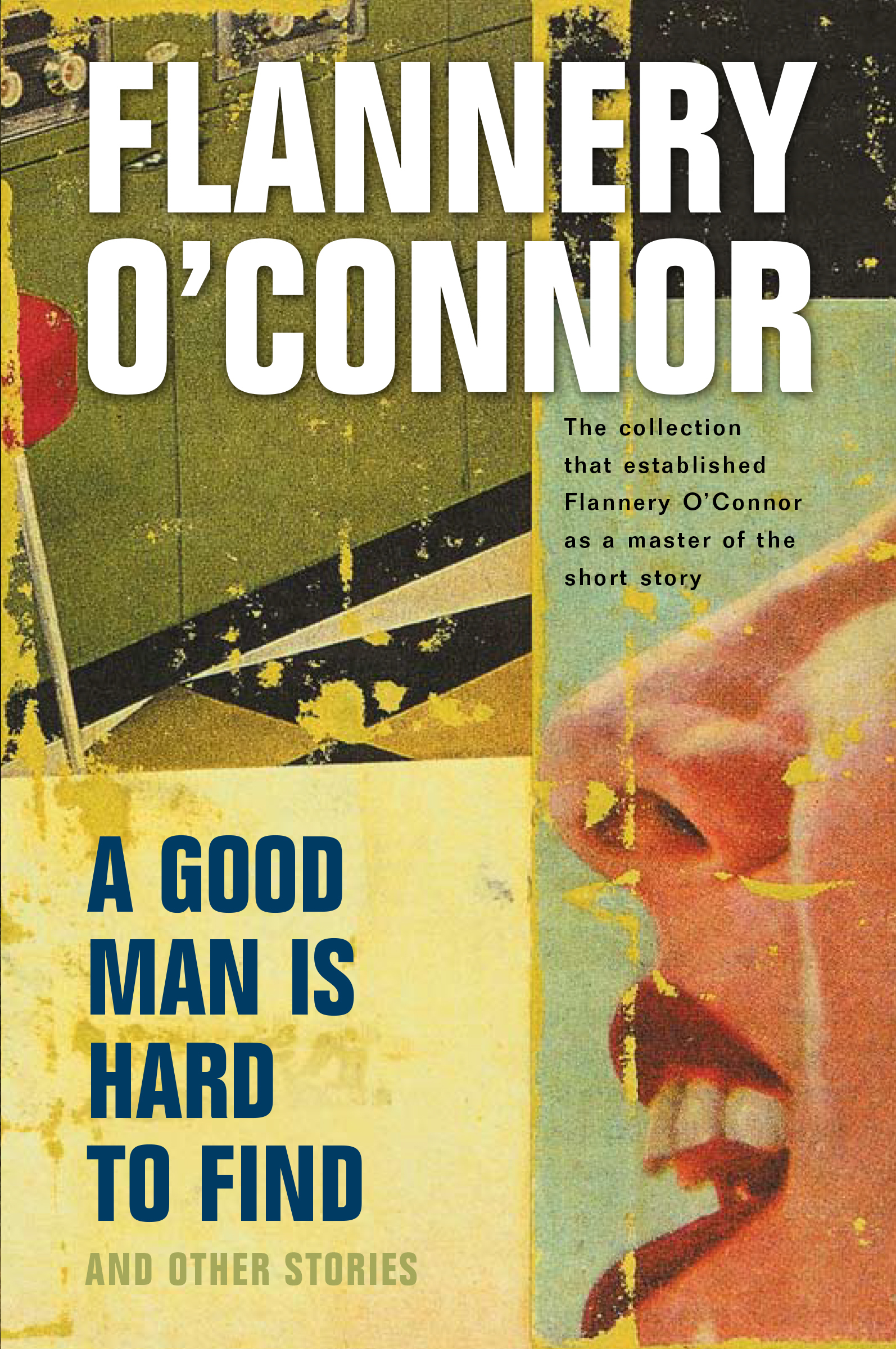